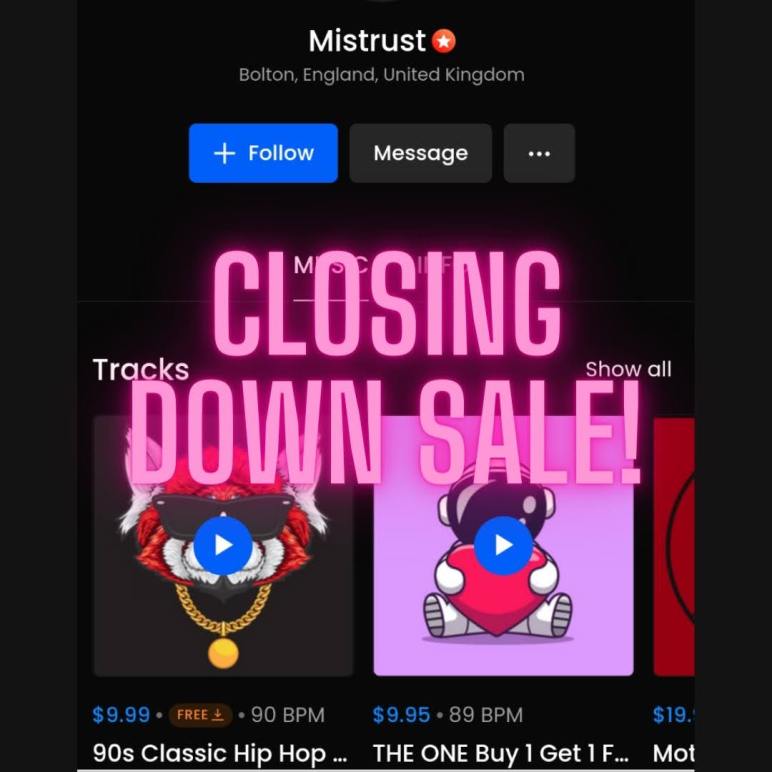 I’ve taken the difficult decision to close my Beatstars account and store this time next month (April 2021), so all my beats at beatstars.com/mistrust are now available at reduced prices. I no longer have the time to make beats for rappers & producers/artist on a regular basis, hence the decision to close the account.

I’ve found it really difficult to do the promotion to generate any sales or licensing on the platform, in other words, I still haven’t made any sales 🙄.. If any producers, rappers, and artists out there are looking for beats, head over to my beatstars page and get some new beats before I close my beats store for good!!!

The good news (for some!) is that I’m continuing to make new music! I’ve just bought an AKAI MPK Mini Play MK3 MIDI keyboard with built-in speakers (check out my unboxing video here), and making some new songs.

You can listen to some of my old songs on my main MistrustMusic website, as well as Bandcamp, Soundcloud, and more! 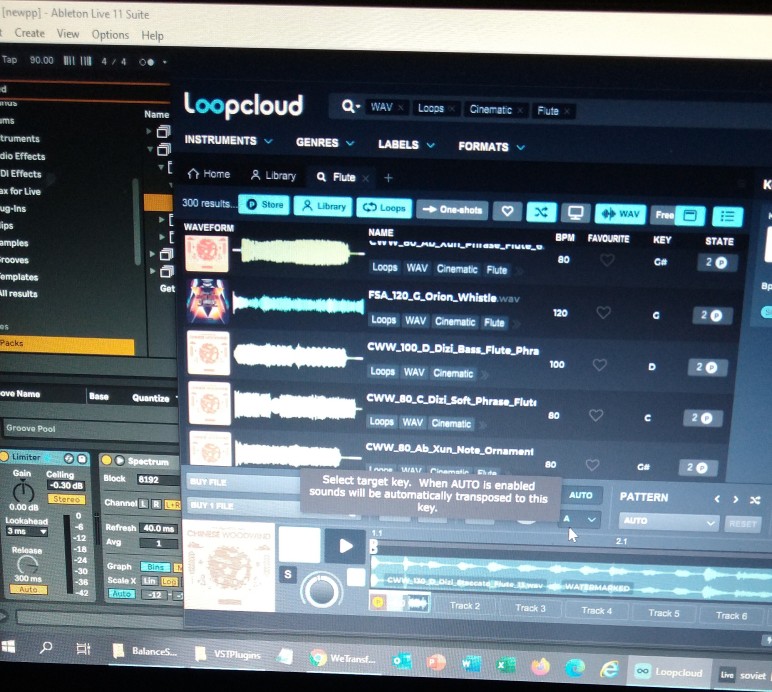 I’ve just read that Loopcloud version 6 has now been released! It has a number of new features including AI harmonic and rhythmic file-matching, improved search, better workflow, new FX, and much more.

Loopcloud is a cloud-based music sample store, made by Loopmasters who have been selling sample packs for years. The idea is that instead of buying a whole pack of samples that you won’t use everything in, you can buy individual files with credits, when you need them. Loopcloud has a desktop app which connects directly to the store, and also integrates with your DAW. This allows you to play samples in time with your own projects and use the app audition new sounds on the fly.

I’ve been using Loopcloud on and off for a few years and would recommend it to anyone looking for a cloud-based sample store. I can’t wait to try out the new features!

Look out for my forthcoming post about Loopcloud and how I use it in my music production. 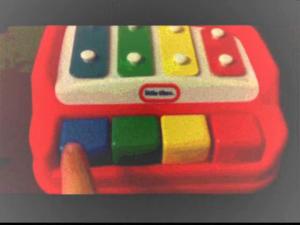 Or Is remixing becoming the new X-Factor? Whatever you want to say about them, tv shows like the X-Factor, Britain’s Got Talent, America’s Got Talent, etc., are becoming the major way for kids to become pop stars. The temptation to audition for one of those shows is often too much for the budding singer, girl band, boy band, or guitarist, and when they finally reach the live shows, there’s the chance to get free publicitiy, exposure, critique of their style and ability. Even if they don’t make it all the way to the final, there’s always the chance of being signed by a record company, however well they can sing.

So, why do I think that remixing is becoming the new X-Factor? Well, compare the two: someone advertises a talent contest where you don’t need any industry form or prior performance experience. You just need your instrument (voice or digital audio workstation – Ableton Live, anyone?); the material to perform with, either a song or some audio stems; and you need some time to get your performance right, but not necessarily to a high level. There are so many talent shows out there – X-Factor contests run by pubs and bars, holiday hotels, local tv and radio stations, probably a new one every day somewhere in the world. There are so many remix contests out there too. There are even websites dedicated to advertising the latest contests. Somewhere in the world, someone will enter all of these contests, but usually budding remixers, who see it as a quick way to get signed by a record label, will enter one or two a month, hoping that this will be their big chance.

But, like the X-Factor and Britain’s Got Talent, the really talented, dedicated, hardworking remixers will miss out, only to be beaten by the “popular vote”, in terms of the ones with the highest number of plays or likes will be shortlisted. Talent probably does come into it if they’re in a contest that is looking for particular techniques and it’s about ability rather than what sounds good to some people. However, like in the real world of becoming a popstar, it’s the approaching people in the industry and showing them what you can do, that gets you the opportunities. Ok, so some people who win remix contests may be famous and find a way in to the music business, but more often than not it’s the talent that is wanted and that’s what gets you the gig.

So, two things from all that. First of all, anyone can make a remix. It may not be good, but it may be what someone is looking for. Even my 8 year old can make a remix in Ableton Live. Secondly, I still enter remix contests, despite having done “official” remixes for some bands I know, and appearing on compilations etc. Why, because there’s a very tiny part of me that still sees them as a way to get famous, despite that fact that I always ridicule shows like the X-Factor! My latest remix below, is one I did in about 6 hours for the Ableton 24 hour remix contest “Beat the Clock”. I downloaded the parts for the track, most of which you could only open in Ableton Live and you had to make the remix with the same program. Having only used Live for a few days before, I probably proved my theory that anyone can make a remix, so here’s the result:

By the way, if you’re a Soundcloud user, and like the track, please favourite it,and share it, thereby making me win the popular vote! If Pudsey the dog can do it, so can I!

Just to let you know I’m finally in Music Tech Magazine for winning the Motif XS6 synthesizer! The article is in February’s edition – but in case you don’t want to buy it, the editor sent me a copy of the page, and I’ve attached it here as pdf (the whole page) and a jpeg (click to see the whole pic).

Other news…
the manager of a band from New Zealand called “Pitch Black” has said I can have a go at doing a remix of a track from their new CD, “Rude Mechanicals”. If it’s good enough, it’ll appear on the band’s remix CD and as a download on music sites like iTunes and Beatport. More on that soon when I decide which track I want to have a go at….

Non-music stuff: we took Paul to see a residential school in Shrewsbury today. Absolutely amazing place. Part of a 16th century hall and estate. Class sizes are usually 2 students and one teacher – it’s for kids with autism. He sounds relatively keen on it, but we’ll have a job on convincing the education authority to pay for him. It’s around £30,000 per year!

Everything's Gone Green...The Other Side of mistrust. In other words, things that I do away from making music and remixes under the names "mistrust" and "mistrust music".

However, if I think there's something worth telling about my music, I may post it here from time-to-time!

I'm Tim Blackburn, from the UK.

If you're looking for my music website, please visit mistrust music